Professional Numismatists Guild warns people to be careful of drastically overpaying for expensive metals. The silver or gold content is the reason for which we purchase these modern but precious metal coins. Many people buy gold coins for they may house fancy holders. They may be accompanied by autographs of celebrities or of the designer of the coins. Let us have a detailed analysis of the matter.

‘Gold bullion coins are labelled with a fabulous grade autographed insert’ claim the finance advertising companies. The private sponsorship market is filled with these glossy advertisements. ‘Get gold coins labelled in holders with decorative inserts’, ‘buy autographed inserts’ says the seller and it may sound good to some people who are fond of collecting new things. But the truth is, this way the seller charges you with twice the cost of the material. This is simply overpaying, spare of money. There is nothing wrong in buying bullion coin at the price of its content. 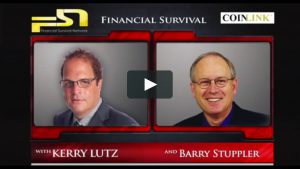 Barry Stuppler has a lot to say on this matter. For someone who questions, why one should follow Stuppler, it worth here to introduce him briefly. Barry Stuppler is former President of the American Numismatic Association. Along with that, he is a professional coin dealer.

Stuppler introduces this matter of risk learning saying about the advertisements and marketing of precious metal coins which the dealer claim to provide in holders labelling it a ‘limited editions’. He allures the one who access him in order to invest for gold coins claiming that the designs he sells are autographed by famous celebrities. What Stuppler has analysed is that each speciality branded coin is offered at a price 200 to 1000 per cent higher than the actual price of a bullion coin without a signature or special label. This overpaying does not help the investor in future if one thinks so. When he sells the same speciality labelled coin, he can only make 5-10 per cent premium.

Stuppler advises people to learn about the competitive price of billion items you want to invest on. Without shopping around and comparing the prices from various sellers including both sorts of sellers, the one who sells speciality labelled as well as who offers ordinary bullion coins. This way, you can protect yourself from getting ripped off.

He also gives an opinion to the investors to make a purchase only after discerning between bullion coins with the erratic price and rare coins. Rare coins are those which can carry a chronological contribution and demand based noteworthy investor premium.

He informed that you can get some of the vintage US silver and gold coins readily available. They can be found in dispersed condition for a diffident premium over their gold content. But when the same coins are available in splendid condition, they may have significantly higher values. Not a hundred or two hundred dollars higher, they may cost even up to a thousand dollar above their thaw worth.

VIEW ALL POSTS BY admin 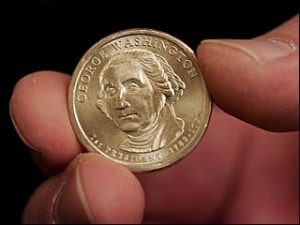